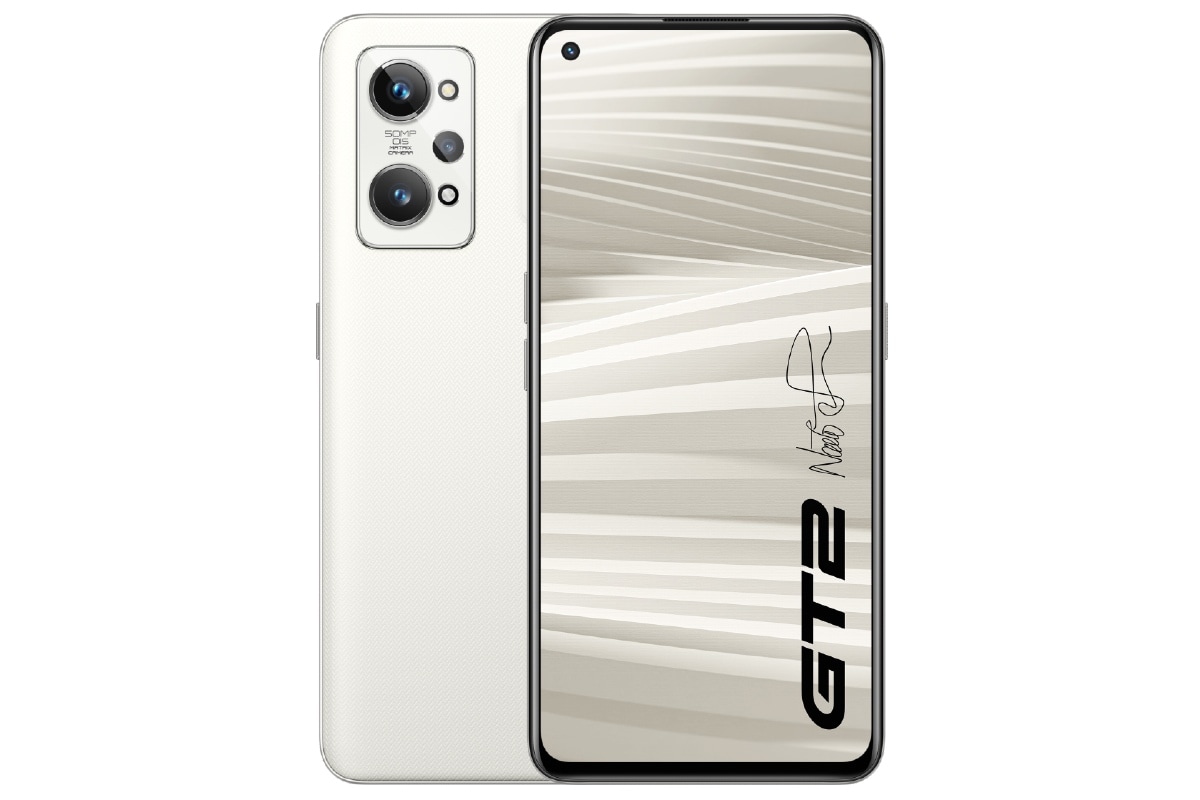 Realme GT 2 was launched in India on Friday. The new Realme phone was unveiled alongside the Realme GT 2 Pro in China in January, and both Realme phones were showcased at MWC 2022 in February. The Realme GT 2 carries features including a 120Hz AMOLED display, triple rear cameras, and a Paper Tech Master Design that debuted on the Realme GT 2 Pro. The phone also carries Qualcomm’s Snapdragon 888 SoC. The Realme GT 2 will compete with the Xiaomi 11T Pro and sit against the likes of the iQoo 9 SE, Vivo V23 Pro 5G, and Oppo Reno 7 Pro 5G — all are coming from the house of BBK Electronics.

The Realme GT 2 price in India starts at Rs. 34,999 for the base 8GB RAM + 128GB storage variant. The phone also comes in a 12GB + 256GB model that carries a price tag of Rs. 38,999. It features Paper Green, Paper White, and Steel Black colour options and will go on sale through Flipkart and Realme.com starting 12pm on April 28. The Realme GT 2 India launch was originally teased for May 4.

The dual-SIM (Nano) Realme GT 2 runs on Android 12 with Realme UI 3.0 on top and features a 6.62-inch full-HD+ (1,080×2,400 pixels) AMOLED display with a 120Hz refresh rate and a Corning Gorilla Glass 5 protection. The phone is powered by the octa-core Snapdragon 888 SoC, along with up to 12GB of LPDDR5 RAM. It comes with the triple rear camera setup that houses a 50-megapixel Sony IMX766 primary sensor with an f/1.8 lens that supports optical image stabilisation (OIS). The camera setup also includes wide-angle and macro shooters.

For selfies and video chats, the Realme GT 2 comes with a 16-megapixel Sony IMX471 selfie camera sensor at the front, with an f/2.5 lens.

The Realme GT 2 carries up to 256GB of UFS 3.1 storage. Connectivity options include 5G, 4G LTE, Wi-Fi 6, Bluetooth v5.2, GPS/ A-GPS, NFC, and a USB Type-C port. Sensors on board include an accelerometer, ambient light, gyroscope, magnetometer, and a proximity sensor. There is also an in-display fingerprint sensor.

Realme has packed the phone with a 5,000mAh battery that supports 65W SuperDart Charge fast charging tech, which is claimed to charge the inbuilt battery pack from zero to 100 percent in 33 minutes. The phone measures 162.9×75.8×8.6mm and weighs up to 199.8 grams.

Realme India CEO Madhav Sheth joins Orbital, the Gadgets 360 podcast for an exclusive wide-ranging interview, as he talks about the 5G push, Make in India, Realme GT series and Book Slim, and how stores can improve their standing. Orbital is available on Spotify, Gaana, JioSaavn, Google Podcasts, Apple Podcasts, Amazon Music and wherever you get your podcasts.
Affiliate links may be automatically generated – see our ethics statement for details.
[ad_2]
Source link