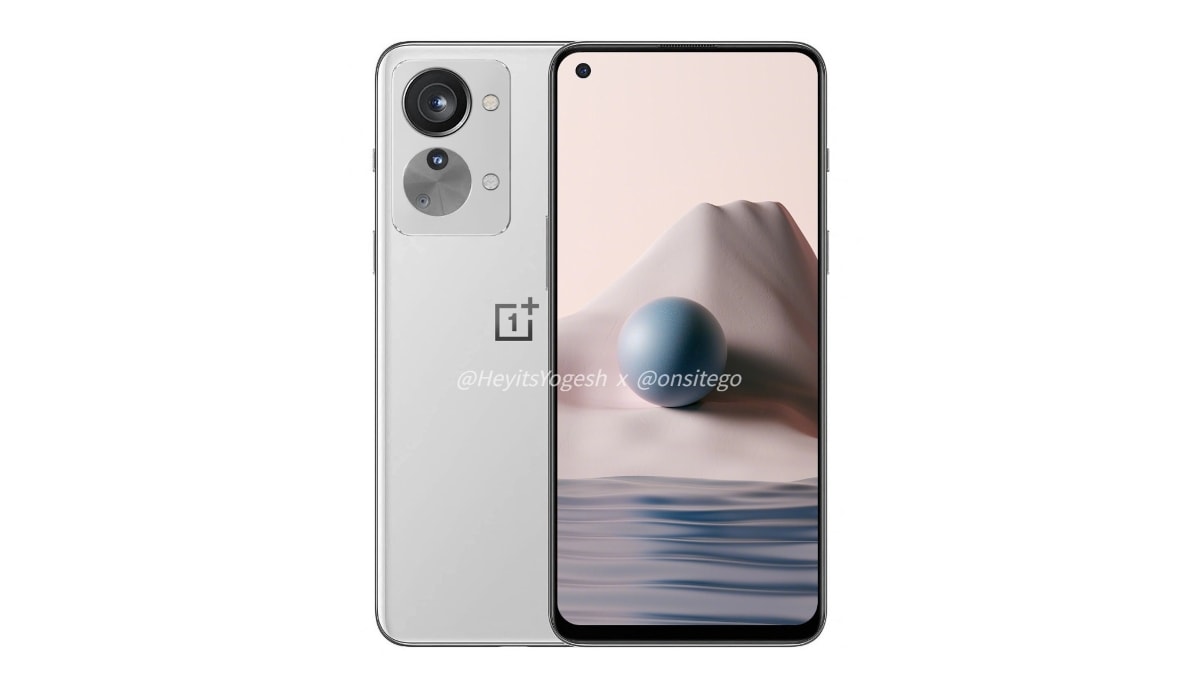 OnePlus Nord 2T has been spotted on multiple certification websites, and one of them allegedly confirms the phone’s moniker. According to a report, the OnePlus smartphone has made its way to TDRA and GCF certification platforms. Additionally, the handset has also been spotted on the Camera FV5 website which suggests that the phone will come with a 50-megapixel main camera, and a 32-megapixel front shooter. The specifications and the design of the smartphone have already been leaked. It is said to come with a MediaTek Dimensity 1300 SoC.

As per a report by MySmartPrice, the TDRA listing reveals that the OnePlus Nord 2T has CPH2399 model number. This is the same model number that has been seen against a OnePlus smartphone listed on GCF website. Except the moniker and model number, both listings do not offer any information about the rumoured smartphone. However, the handset’s reported listing on Camera FV5 platform does give away some key camera specifications.

The alleged OnePlus Nord 2T Camera FV5 listing suggests that the main camera will have a 50-megapixel sensor paired with an f/1.9 lens. The phone is listed to click 12.6-megapixel images, which means that the OnePlus smartphone is likely to use pixel binning technology to deliver the final image. The camera system will come with support for electronic image stabilisation (EIS), as per the listing. The main sensor is indicated to come with an 8-megapixel sensor paired with an ultra-wide lens, and a 2-megapixel monochrome shooter.

The front camera of the OnePlus Nord 2T may get a 32-megapixel sensor. Just like in the case of the main sensor, the phone is listed to click 8-megapixel images but the phone could use pixel binning to deliver the final image.

OnePlus Nord 2T detailed specifications were leaked by tipster Yogesh Brar. He claimed that the phone will come with a 50-megapixel primary sensor in the rear camera setup, and a 32-megapixel front shooter. The phone is tipped to sport a 6.43-inch full-HD+ AMOLED display, and a MediaTek Dimensity 1300 chipset under the hood. The phone may pack a 4,500mAh battery with support for 80W fast charging.

The specifications leaked by OnLeaks in January suggested that the OnePlus Nord 2T’s SoC could be paired with up to 12GB of RAM.