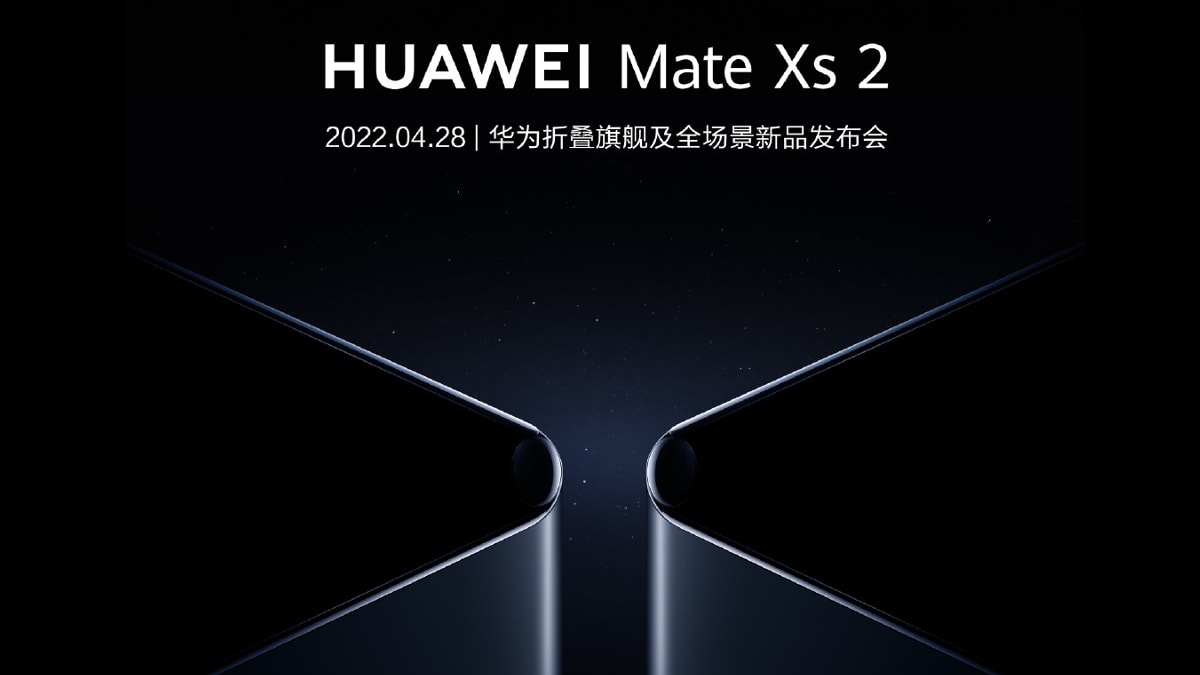 As we mentioned, Huawei has announced that the Huawei Mate Xs 2 will launch on April 28. The launch event will be held in China at 7pm local time (4:30pm IST), as per a teaser poster shared (in Chinese) by the company on Weibo. The poster carries the tagline: “The face worth seeing”(translated). Huawei hasn’t revealed any specifications about the smartphone yet.

Meanwhile, a Twitter user named Geek_Cao (@GeekCao) has leaked the alleged renders and a few specifications of the Huawei Mate Xs 2 ahead of the official launch. According to the tipster, Huawei’s upcoming foldable phone will be offered in three different colours — Black, White, and Purple. In the leaked renders, it is seen to have a hole-punch display design. Huawei is expected to add multiple buffer layers on the latest foldable phone to ensure protection from accidental drops. As per the leak, the Huawei Mate Xs 2 will feature a triple rear camera unit headlined by the 50-megapixel main sensor. The camera setup could include a 13-megapixel ultra-wide sensor as well as an 8-megapixel telephoto camera.

Earlier, a Huawei foldable handset thought to be the Huawei Mate Xs 2 had surfaced on China’s TENAA website and China Compulsory Certification (3C) listing with model number PAL-AL00. The listing suggests that the phone will have 4G connectivity with dual-SIM support. HarmonyOS 2.0.1 operating system and 4,500mAh battery are the other suggested specifications. It could be powered by the Kirin 9000 4G SoC.