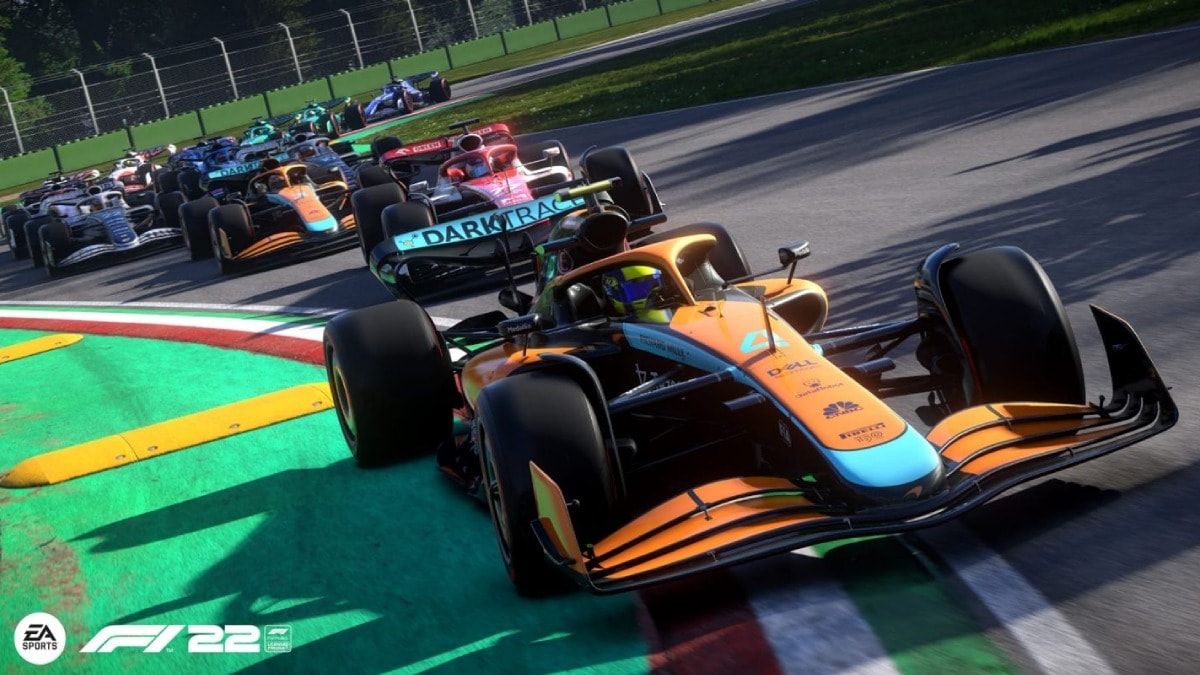 F1 22 — the official game for the ongoing 2022 FIA Formula One World Championship — will be released on July 1, Electronic Arts announced on Thursday. The successor to F1 2021 will let players race in the latest season with redesigned cars, updated rules, and gameplay options. Gamers will also be able to test out the new Miami International Autodrome. The PC version of the game also comes with VR compatibility, but there’s no word from EA on whether F1 22 will come with PSVR support.

In an announcement posted to the official website on Thursday, EA revealed that F1 22 will be released July 1 on PlayStation 4, PlayStation 5, Xbox Series S/X, Xbox One, and on PC via the EA App, Origin, Steam, and the Epic Games Store. Gamers who pre-order the F1 22 Champions Edition will be able to access the game three days earlier — on June 28.

As part of the updated gameplay coming to F1 22, gamers will be able to customise formation laps, safety car periods, and pit stops. This year, EA has also added F1 sprint races. Gamers will have access to the new Miami International Autodrome with 19 corners, along with new cars and a revamped handling model, according to EA.

Unlike previous releases — including F1 2021 — the upcoming F1 22 title will offer VR compatibility for immersive gameplay on PC, via Oculus Rift and HTC Vive. As previously mentioned, EA is yet to reveal whether the game will come with PSVR support. Meanwhile, gamers will also be able to access My Team and Career Mode with two-player split screen and online multiplayer, as well as a new hub called F1 Life, where they can show off supercars, clothing, and accessories unlocked while playing the game.

Pre-ordering the game before May 16 will also grant gamers access to Miami-themed content including livery, suit, helmet, gloves, a cap, t-shirt and wall art designed by a local artist. Meanwhile, the F1 22 Champions Edition will grant access to the game three days before the release date along with F1 22 New Era content, a F1 Life Starter Pack, new My Team Icons, and 18,000 PitCoin, according to EA.

F1 22 — now using the same truncated year-styling like EA’s other annual games, following Codemasters’ acquisition — is out July 1 on PC, PS4, PS5, Xbox One, and Xbox Series S/X. It can be played in VR with Oculus Rift and HTC Vive.